A miscellany of stuff, mostly food

I’m settled with some of my favourite music a cup of tea and a piece of cake, I thought to h*ll with the chores I will have a cyber chat.

My daughter Arlene, her daughter and husband took me out to lunch yesterday, I ate too much, bangers and mash, followed by Apple crumble and custard, good sensible fair.,

most enjoyable, so to-day I’m on boiled egg and toast.

I’d baked a fruit cake, see pic below, which we had when we came back home. ‘twas not bad, a bit dry, but passable. I know you don’t usually ice a fruit cake but I’m glad I did, I also sprinkled it with coconut. I didn’t have lemon zest to put in, and I wonder if that made a difference.

Not food this time , but the next pic is of the mysterious plant I said my son in law gave me, it produced this flower, a bit like what you get on the end of a marrow, already it’s gone limp, but there are a few more buds to open. Next one is my Narcissus I planted not so long ago, I’m surprised at how much growth they’ve sprouted already, hope they survive.

Back to food…. I usually make my own soup and freeze it, but unfortunately there was none left, and as I was having a fat day after yesterday,  it would have been ideal, so I bought a packet of Chicken and Leek Cup of Soup, very few calories  thinking  that would do with a slice of bread. By chance I looked at the ingredients and was a bit surprised by the number of ‘ingredients’ there is in the packet, 20 ! yes 20, for Chicken and leek soup, there was 5.4% Leek and 1.3% chicken,

I shan’t tell you the rest it would take too long and maybe put you off your lunch.

I ‘ve got to finish my Hallow-een costume for Monday night. so that’s next on the list, i also want to get Tango and Ruby’s painting finished and a new one started for Wednesday’s art.

The weather has improved from yesterday, where it was very wet I got soaked, to-day started off bright and cold, I wrapped up well for my dog walk along the beach, but by the time I got to the cafe half way along, where I stop and give the dogs a welcome drink, I was starting to peel off my clothes, and there were plenty of them

I ended up carrying gloves,scarf and jacket, we’ve had a nicer Autumn than Summer this year. To-morrow is set to be nice. good, it can last till next Easter as far as I’m concerned.

Tango and Ruby enjoyed the walk, which was about two and a half hours, allowing for dog chats along the way, they’re now spark out. I toddled along to the library to get some more books, something I always get a frisson of excitement from, saddo aren’t I

I told you my life is boring.

Oh well it’s 3.30 pm and will be time to take the dogs out again around 5, then watch SCD tonight, I wonder who will go to-morrow, unless they pull something out of the hat, I think Nancy de Lollypop, though I think the public are keeping her in hoping she’ll do something real crazy, I laugh when she’s being interviewed with Anton, she’s all over him like a bitch on heat.

Well if you’ve stuck this post out to here, thanks, though you were obviously hoping for something earth shattering, sorry to disappoint. but love as always from we three. XX 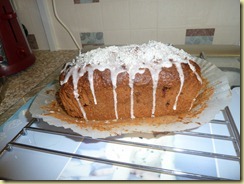 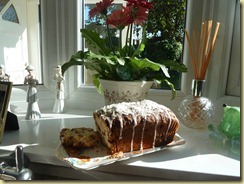 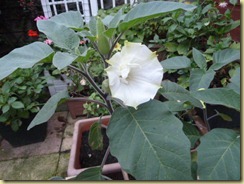 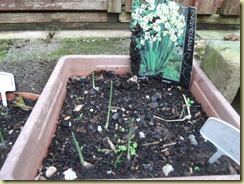