I read in the paper to-day [now yesterday] about the British man who has been put on trial in Singapore for pinching a girls’ bottom in a club, He faces a £6.000 fine , two years in jail or a lashing if found guilty, It all seems a bit harsh or is it? Maybe we in the |west are a bit too lax, I don’t know, but I pose the question, would any of you ladies feel so outraged if a man did this to you, or would you consider it a compliment.? 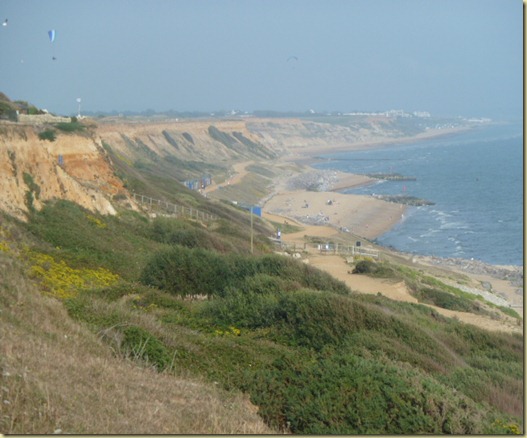 This the view towards the East from  Barton on Sea

This path is officially closed due to cliff erosion 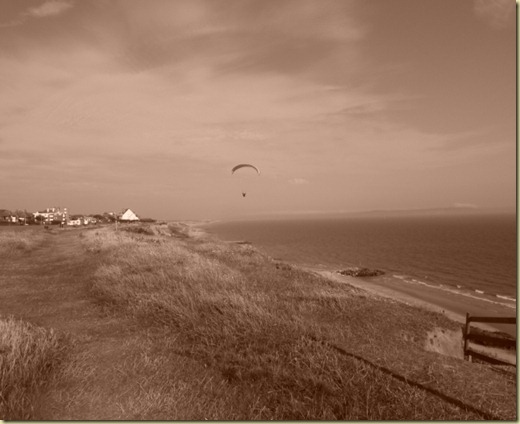 Doesn’t it look so peaceful! it was a beautiful day, I did envy him

Up, Up and away

Not long after he was joined by another glider, but they stayed well out of range.